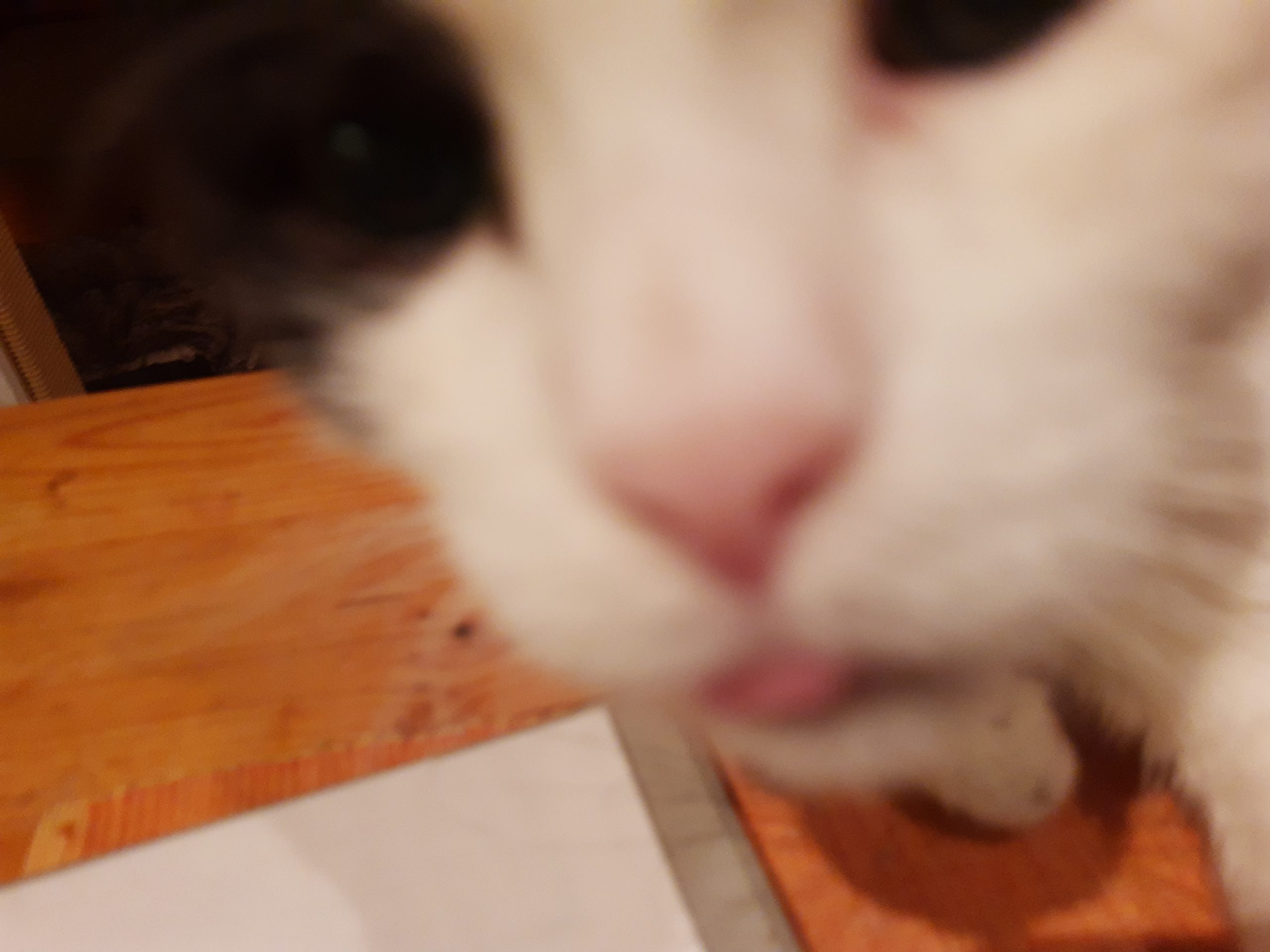 So we soon were both back home together. Sir Hubi-Schnubi was really grumpy since his dignity was obviously hurt. He crawled under the bed and wasn’t to be seen for the rest of the day. Well, until dinnertime, which he (naturally) didn’t want to miss. My little fatso is just super food motivated. The goal for the next weeks was clear: A first round of fine-tuning the dose for his insulin shots.

In the evening I tried the first injections without supervision. I was quite unsure – what if I overdosed him, or if he would scamper off, screaming, with the needle still stuck in his skin? I wasn’t very concerned about bites or scratches, since he had only one vampire tooth left. He also didn’t seem to be very strong. All went well though. The main trick was basically

No. 3 – hmph. The vet had given me a bag with ten needles and mentioned I could reuse them three or four times without problems. Technically, you can, but you just wouldn’t want to. The needle is already blunt the second and certainly at the third time. This makes the whole process very cumbersome and probably also painful for the cat. Since the needles aren’t super expensive anyway I quickly changed to a use-twice schedule.

For the right dose, it is important to buy the right syringes: there is U40, U100, and who knows what else. Most of the time U40 is the right choice, in any case, stick to what the vet told you and/or gave you for starters. You really wouldn’t want to miscalculate between U40 and U100! 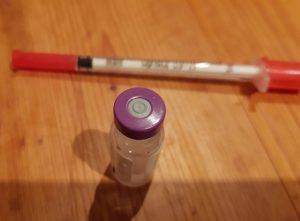 The first needles were quite long, 12.7 mm with 1 ml volume. If you don’t have to inject insane amounts 0.5 ml is a better choice since you can gauge the dose much more precisely. For the cannulas, I’ve also switched to shorter ones with only 8mm length. Those are much easier to handle since you just have to poke the skin. With the longer ones I actually managed to poke through the whole fold by accident.

I use these for a while: BD-Microfine U40 8 mm 0.5 ml. They are ready to use and available most of the time. The corresponding syringes from Braun have the advantage that they are each in a separate sterile wrapper and not 10 together. However, they aren’t always available and are also only offered as the 1ml variant.

We started with 2 units, which is already high, but justifiable because of his extreme blood sugar values. Of course, I always observed him closely. I always had some sugar water or honey ready to give him a quick sugar boost with a syringe body, should I actually overdose him. All went pretty well though, and after two weeks the first control was up. His values weren’t out of bounds this time, a bit lower than 600, so still much too high, but at least a step in the right direction. During the next weeks, we had regular checkups at the vet 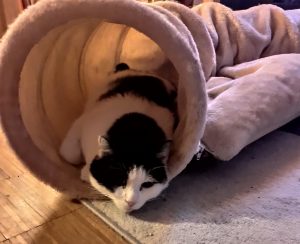 We increased the dose first to 3, then 3.5, then 4 units, but didn’t make any real progress. He threw up every now and then, the accidents in the litterbox became more, not less, and the consistency of his poop also wasn’t great. Much too soft and frequent diarrhea. The amount of urine was still too high, too.

I was therefore very concerned, also because chronic kidney disease (CKD) is a frequent complication and easy to overlook under these circumstances. In March, after about three months of insulin therapy, it looked really bad for him. Mr. Hubi didn’t eat anything, was just laying around apathetically and overall in a very poor condition. To make life even more complicated this fell smack at the beginning of the CoViD pandemic, and thus it wasn’t exactly easy to get an appointment at the vet at all.

One thought on “A diabetic cat: Fine-tuning the dose”