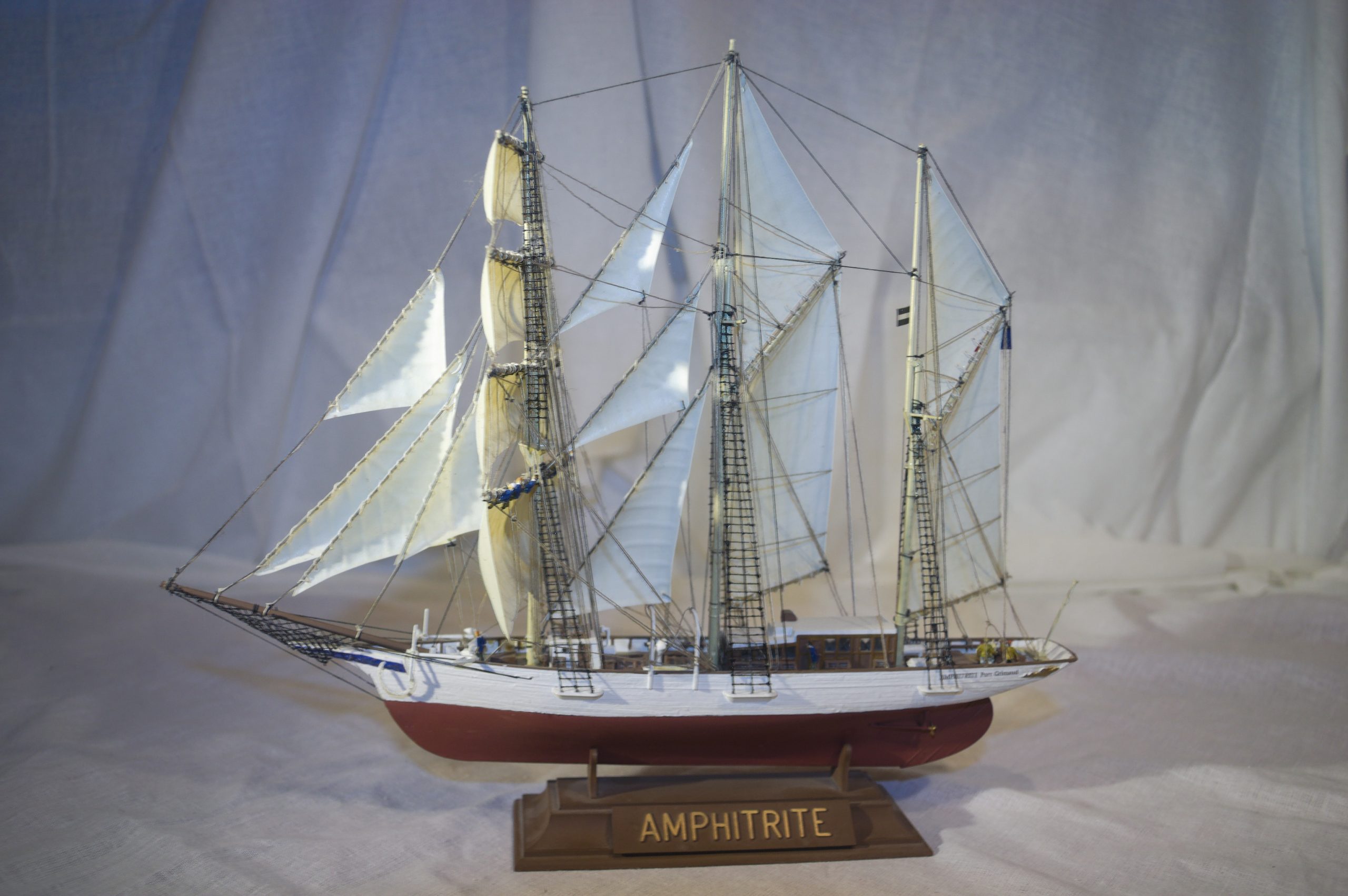 In my series of model kits, today’s entry is an old kit by Heller, the training vessel Amphitrite.

Amphitrite – that beautiful and elegant vessel had a stormy history. It was built in 1887 as a two-masted schooner, intended for races. In the following years it had seen a lot of changes, both in ownership and rigging, e.g. the addition of a small engine as well as the conversion, first to a three-masted schooner, then a barquentine, then a schooner again, which turned out to be her final rig.

She is still afloat as a training ship for the Clipper DJS. In the seventies, she also had a short career as a movie and TV show ship, amongst others for the German series Graf Luckner. For further details just check Wikipedia (German only).

The kit is an old one from Heller with a scale of 1:150. It shows the barquentine rig, probably from her short time of fame on TV. Since it is a rather small ship, a slightly larger scale would have been nicer. On the other hand, that way it perfectly matches my other kits at the same scale. The kit was out of production for a long time and I bought it second-hand, but unused in the nineties. By now it seems to be available again at Heller as part of the “Heller Classics” portfolio.

The overall quality is very solid which used to be the norm for Heller kits at that time. As far as I know, it is an original design that hasn’t been acquired from another producer like Airfix. At least I could never find that model elsewhere.

The quality of the plastic party was very good, and there were even small perspex parts for the many windows. The rails on the other hand were less great, being small and not very sturdy.

The building instructions were terse but comprehensible. The rigging instructions though were a complete waste of time and you’ll be much better off by ignoring them completely and checking for other contemporary sources. As usual, there were no blocks and other small parts for the rigging. For this kit, I didn’t bother to buy those separately or build them myself. I might consider this should I ever rebuild the rigging. In that case, I’ll probably also replace the plastic sails with proper silken ones.

As usual with Heller kits, there were no pre-molded shrouds. Instead, they have to be built with a small frame. Since it is impossible to actually knit them correctly in that size, I used a simple thread and glue procedure.

The decals were a bit older, but still easy to apply. All plastic parts were cleanly manufactured, with few ridges and ejection points.

The figurines came from some model train supplies and I repainted them, hopefully in style. 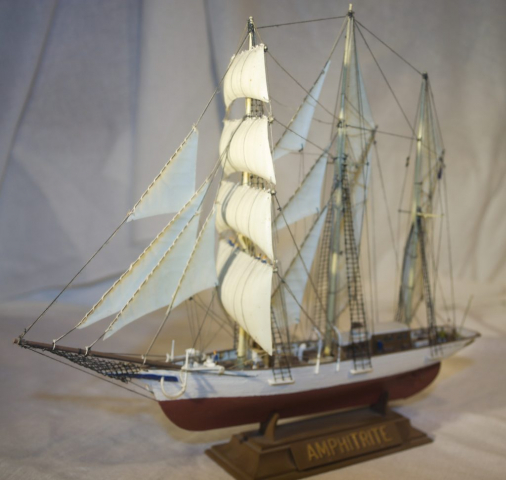 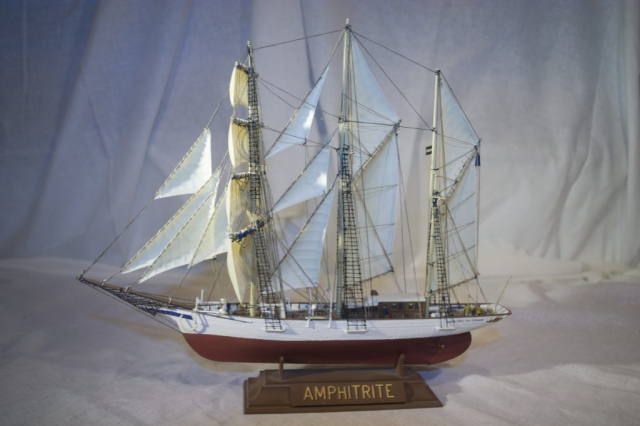 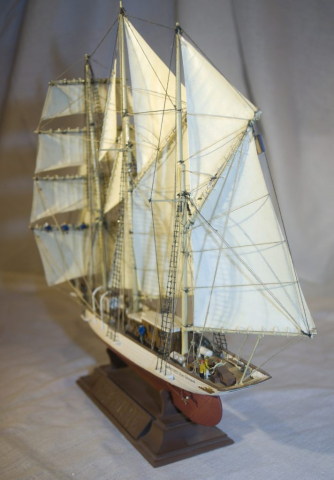 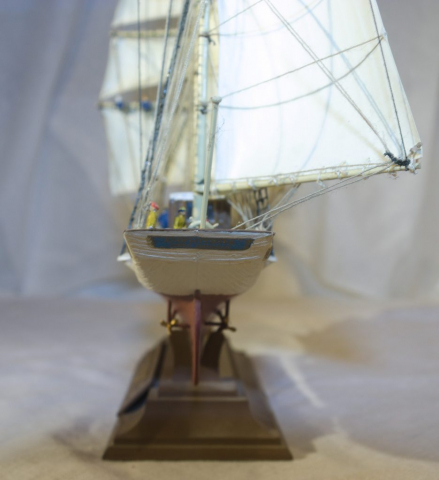 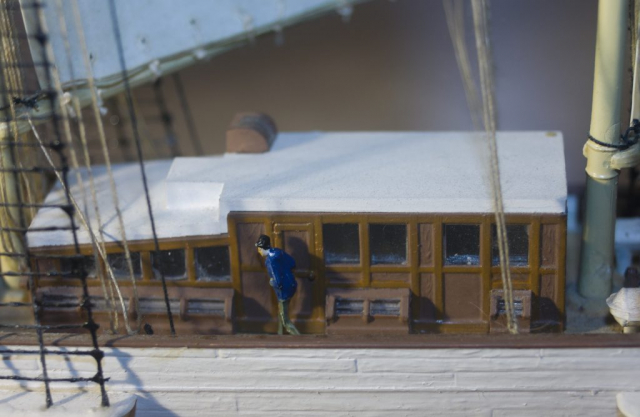 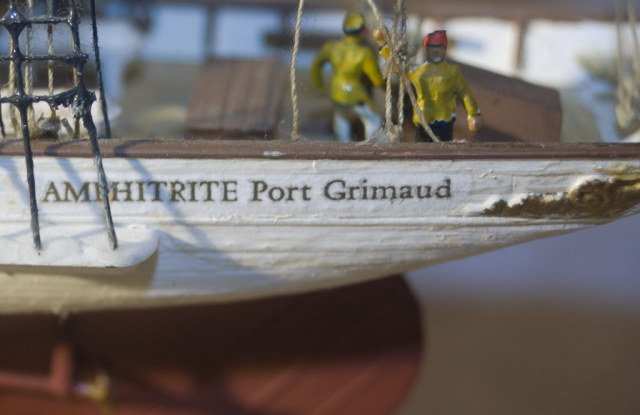 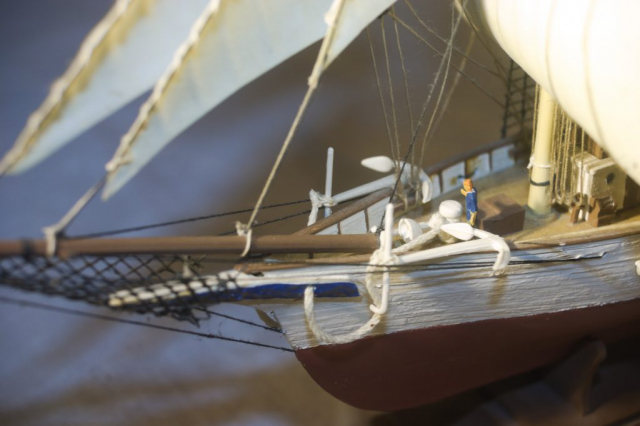 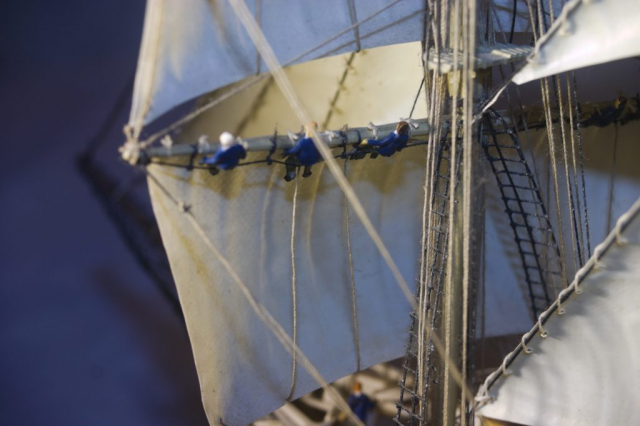 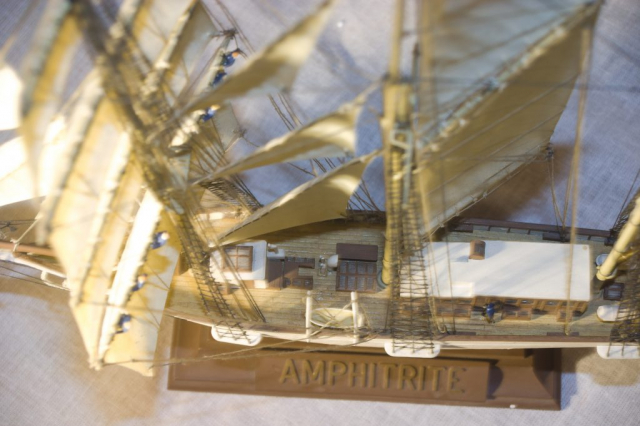 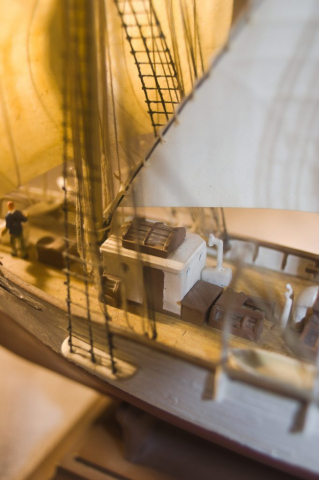 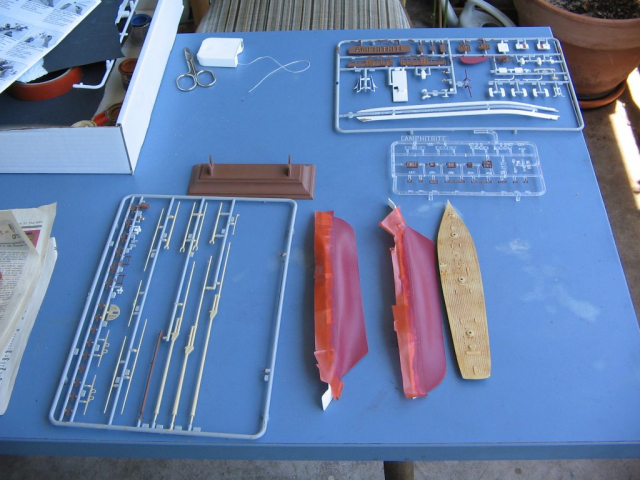 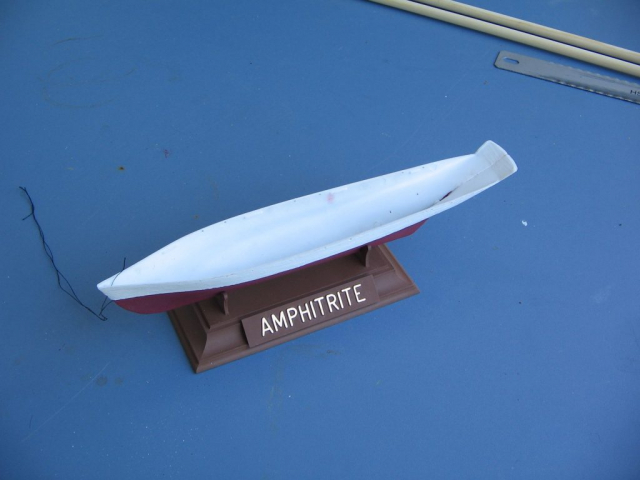 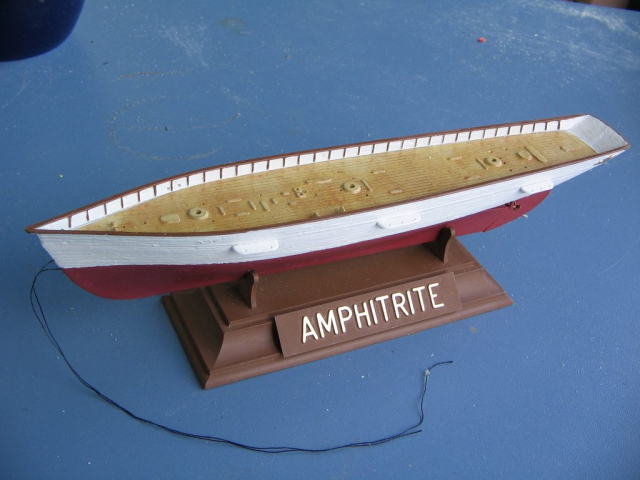 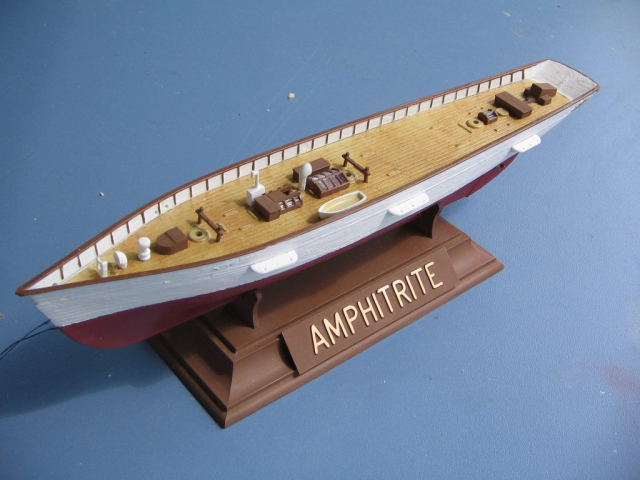 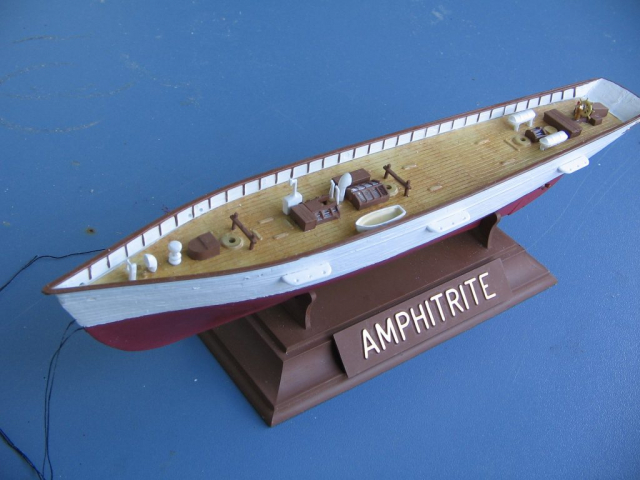 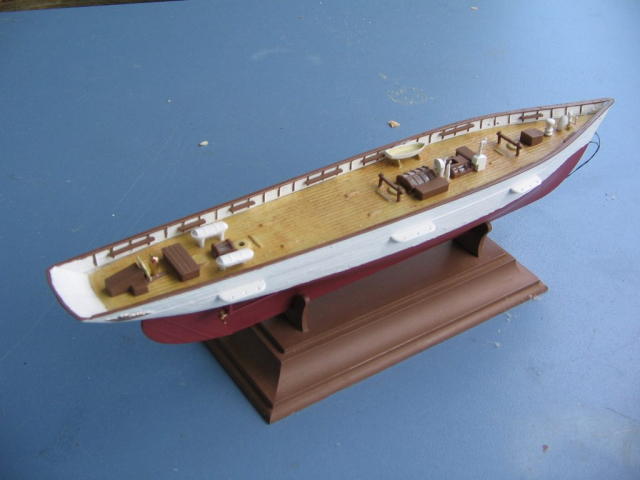 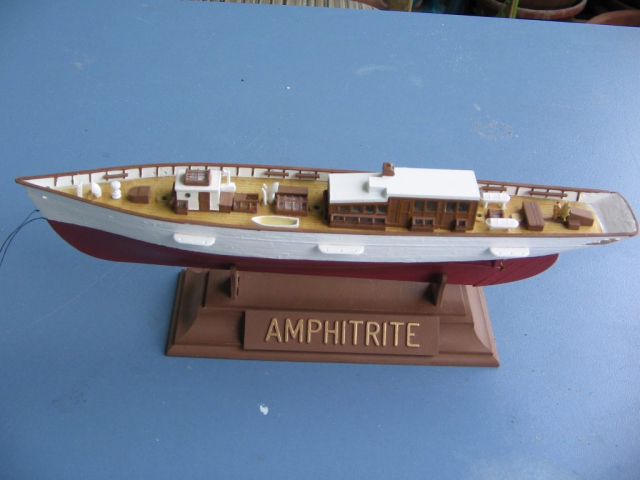 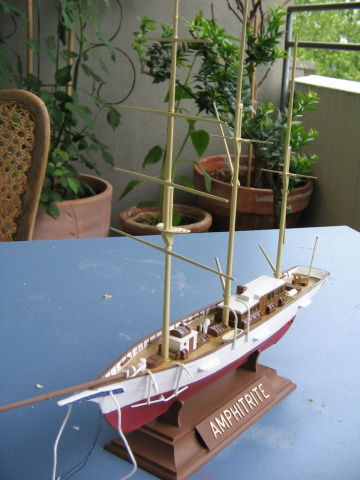 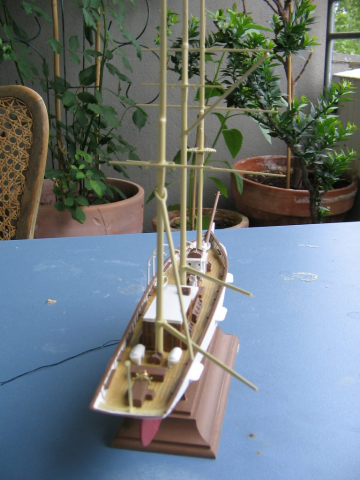 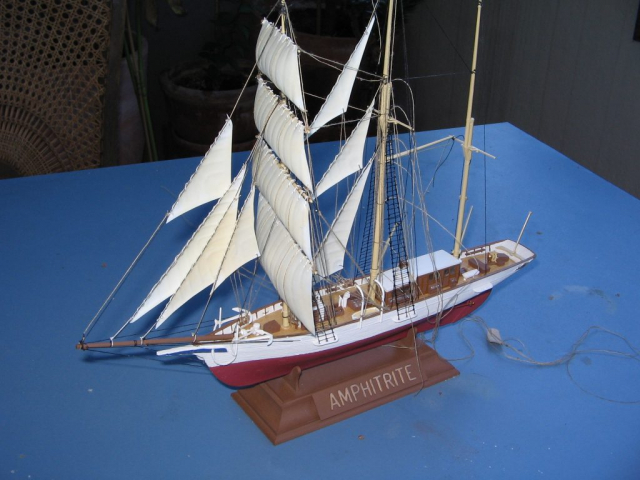 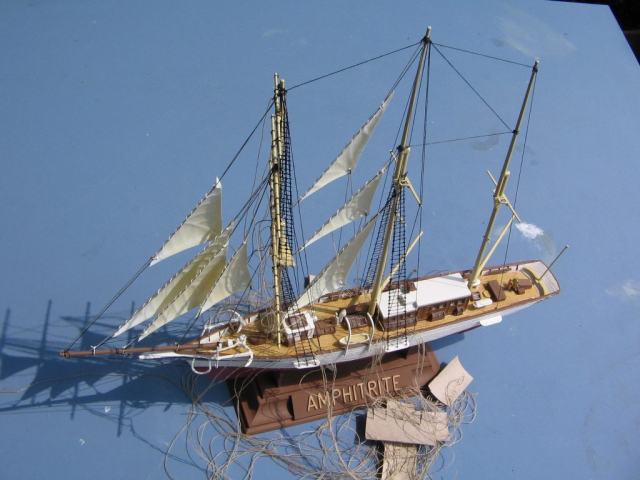 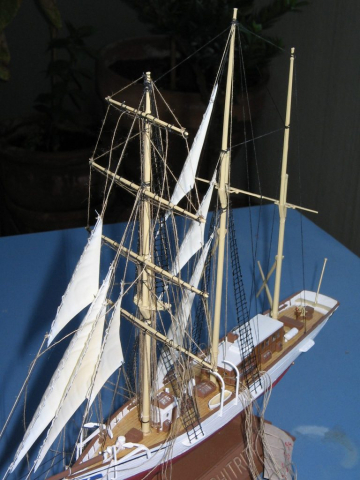