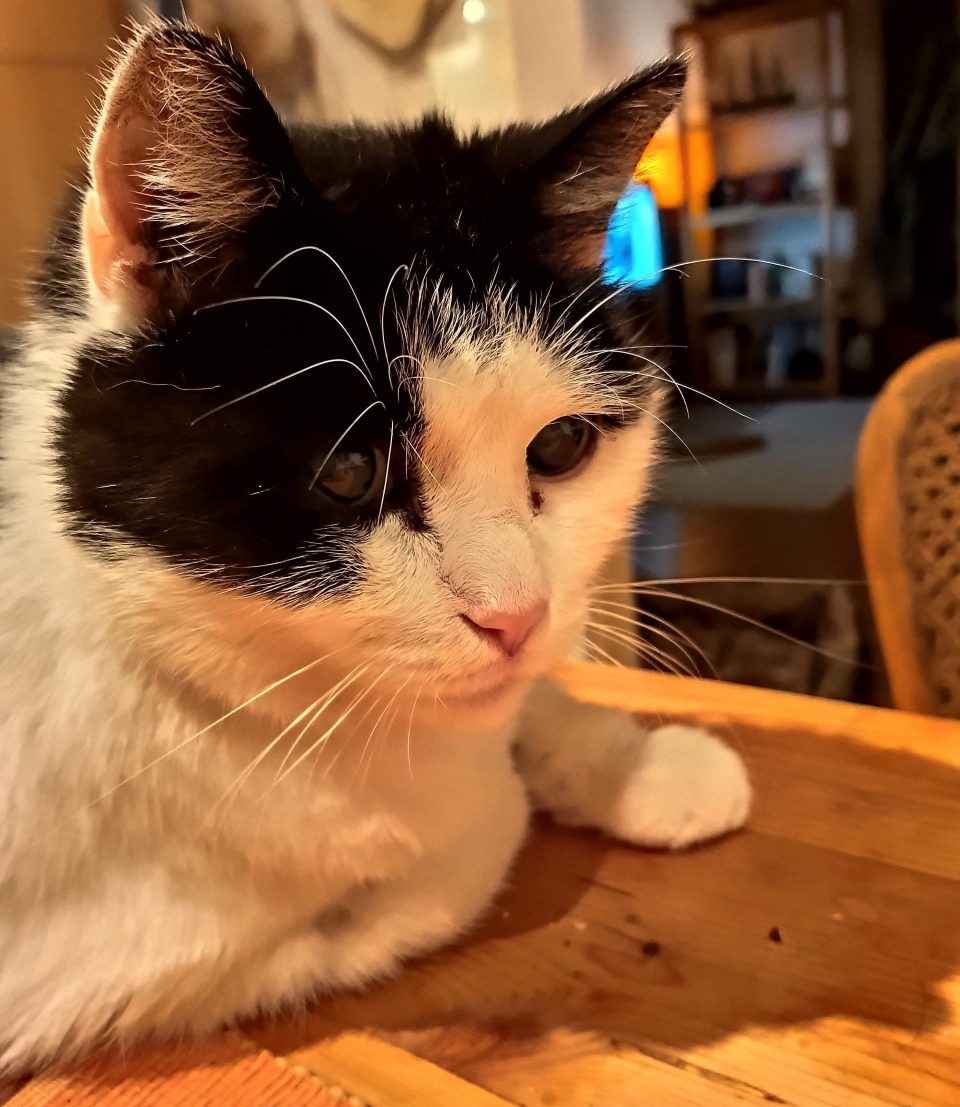 Thus the first visit to the vet was up. Sitting in the carrier certainly isn’t one of his favorites, but since he is not the fastest critter in the world, I had no problems getting him in. In contrast to the fluffy one, he was rather chill and quiet during the ride, whereas Mia meows every other second, which drives me crazy even on a short ride. 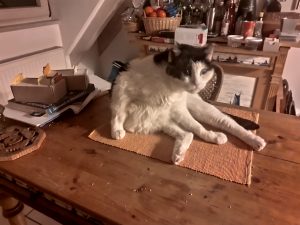 The vets still knew him from the shelter and so I didn’t have to introduce him. They needed to draw some blood, which went pretty well. This would be very different for later visits. Cutting the mats near his butt also wasn’t much of a problem. They were absolutely impressed with his peaceful behavior and praised him a lot.

Unfortunately, his blood sugar levels were astronomical. Far over 600, despite the dietetic food. What I didn’t know at the time and the vet also either didn’t know or didn’t think it necessary to tell me: the glucose level is usually not very helpful when the blood is drawn at the vet. Whenever the kitties are stressed out, the values shoot up like a rocket. The fructosamine level is a much better indicator, but this can only be determined at a laboratory.

Perfect usefulness set aside, his values were way too high in any case! Since he had proven to be quite cooperative, we decided to try to give him injections after all. She let me fill a syringe with saline solution, then I had to grab him, create a skin fold in at his neck, and then it was time to poke him. If you know all those memes like “I try to give my cat a pill” it sounds braver than it actually is. If the needle is fresh and you work quickly the cat usually doesn’t even notice.

As with everything, there are a thousand and one opinions about the location where you should give the shot. Ideally, you would inject them at the side of the belly. Especially for novices, the location at the neck has the advantage that:

Once you have more practice, you should try to vary the location.

We set the initial dose to 3 units. A higher dose would have been advantageous, given his high levels, but the risk for an overdose in that critical initial tuning phase would have been too high. Especially if you can’t control the values regularly, since he doesn’t hold still long enough for control at his ears. Unfortunately, this still hasn’t changed. I got two ampoules of Caninsulin and a bag of 10 syringes and we set the next appointment for two weeks later. Until then, I was supposed to get him used to the whole process…

One thought on “A diabetic cat: First visit to the vet”