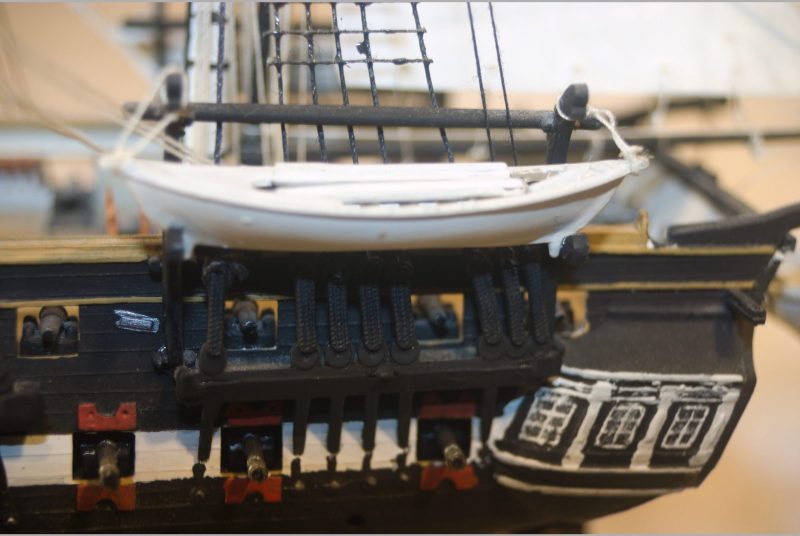 Today it’s time for another model kit from Revell: the frigate USS Constitution

The USS Constitution is a frigate of the United States Navy. After over 200 years, she is still in active service, though by now mostly as a museum ship. She was launched in 1789. Due to her setup with 44 cannons, she was a lot heavier and more powerful than her European contemporaries and remained undefeated during her whole fighting career. She received her nickname “Old Ironsides” in the war of 1812 because her opponent’s cannonballs just ricocheted off her sideboard.

After a long career in active service she is moored in Boston since 1954, serving as a museum and representative ship, but still going on an occasional cruise.

The kit is an older one from Revell in scale 1/146, which is mostly compatible with my other kits. It has been continuously available since the 80s but apparently, Revell has recently decided to delist it, as they did with many other sailing ship model kits.

Given the age, the overall quality was very decent, and the kit is also pretty close to the original ship (unlike e.g. the USS United States kit). The precision was very good and the kit was well constructed.

The building manual, including the painting instructions, was overall also very good, except for the completely unusable rigging instructions. Fortunately, there are enough other sources of information for this ship…

As usual, the kit didn’t include any blocks, and the plastic sails weren’t very convincing, too. At the time when I built the kit, I didn’t have a lot of experience either creating blocks in that size or sewing my own sails, and therefore I applied a lot of not so well thought out improvisations. It would probably make sense to rebuild the rigging at some point like I am planning for the Amphitrite. I might also add some sailor figures to add some life to the scenery.

That said, all in all, I am pretty happy with the results, especially with the quality of the paint job. 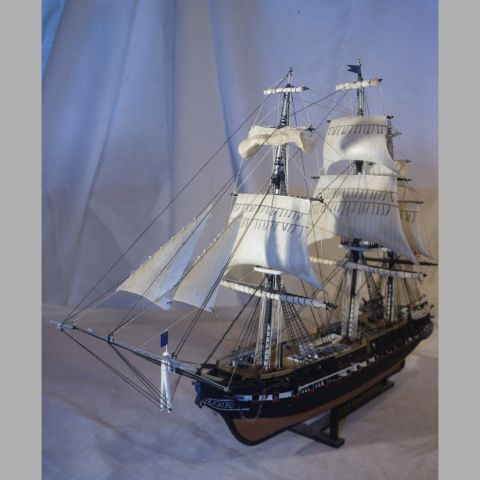 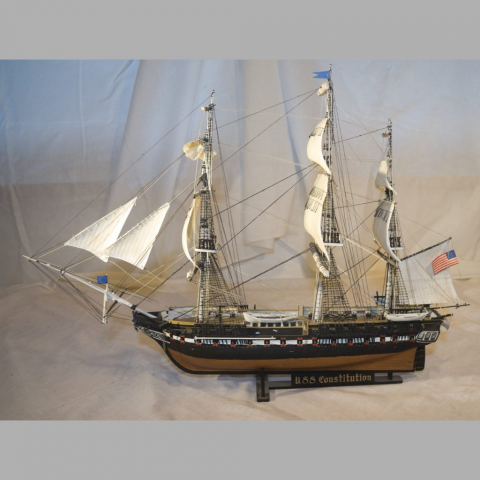 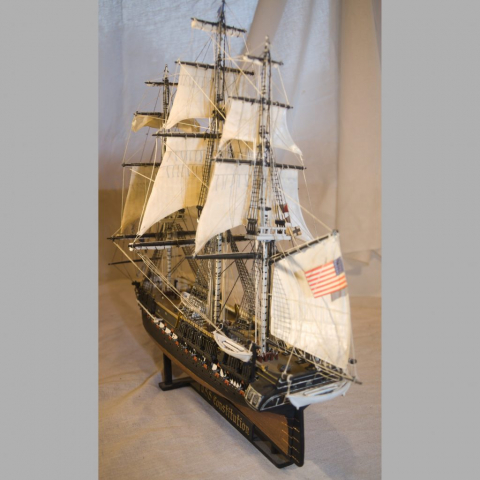 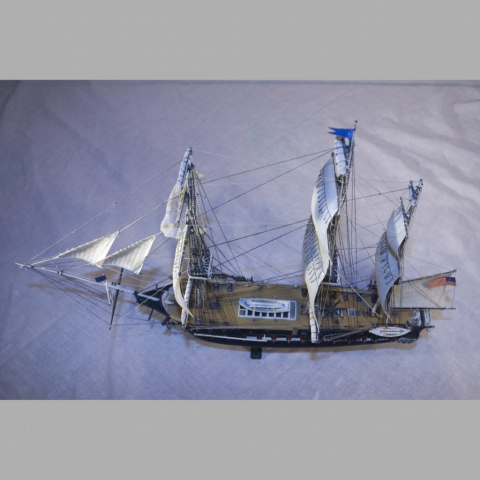 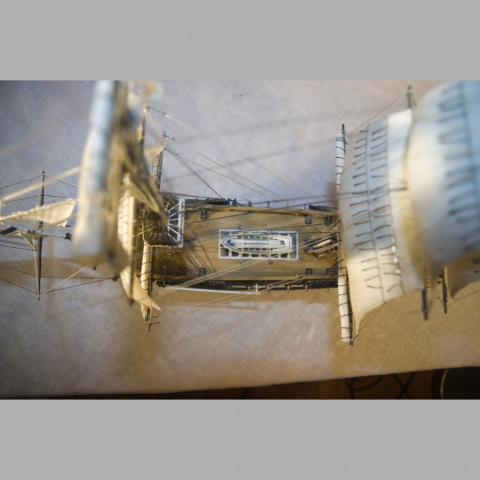 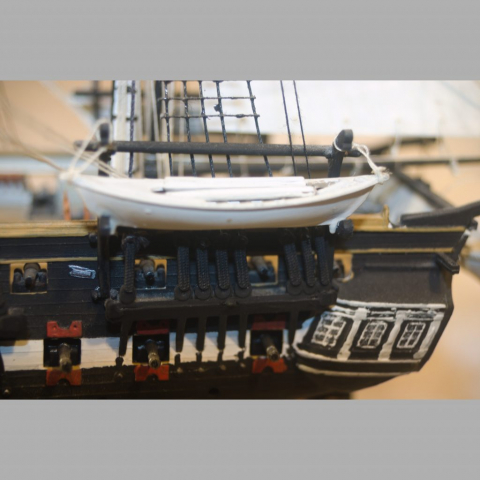 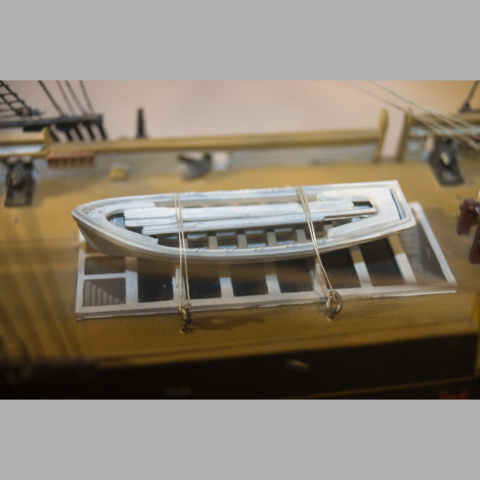 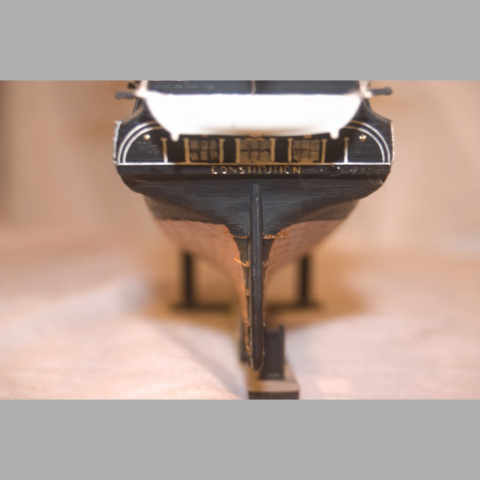